Think about it again

שוב אני מפרסמת את ההרצאה הזאת:
The most important lecture
Posted by *Miriam* at 11:40 AM No comments: 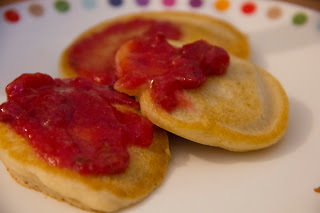 (Recipe from the internet:)

Humans want milk, right?
They take their milk from cows.
Whoever thought of that idea destined cows to an eternal life of slavery and humans an eternity of tyranny.
(I visited a cow farm today, I'll write about that another time.)
I want to ask the world something right now. Listen up:
If humans want milk, and female humans produce milk, why not make an industry of human milk?
You want milk, take it from your own species!
That's healthier, AND you're only effecting your own people, rationally and WILLINGLY. FREELY. You can pay them.
Seriously, why not? (I'm serious)

Cows are forever, generation after generation, an oppressed, enslaved and miserable species.
I hate to see it, it's so sad.
They are not human, but they are ALIVE, and they deserve to have basic living conditions.

The bike being stolen in driving me crazy. Every night when I try to fall asleep I think of the brand of the bike, "Merida" and how I mistakenly told the policeman that it was "Merina."
I keep thinking, like a nauseating broken record, "merida merida merida" and imagine exactly how it looks on the blue bike. Every night. And I'm so sickened by the fact that someone STOLE it. This obsession of thoughts happens in my sleep sometimes, too (not in relation to the bike), and I wake up feeling sick. In a dream there could be numbers or lists that keep coming and coming and coming obsessively again and again and again, like someone shoving papers into your hand just that it's into my head and all around me, until it makes such a mess in my head that I actually become nauseous and wake up.

Anyway.
Last night I dreamt again about Nana Leila. In this dream she was incredibly weak and every time she came down the stairs, at the last step she would stoop over, almost falling, and we would catch her.
And somehow I knew her time was up, like a ticking clock that only I was aware of, and I kept hugging her and telling her I love her, because I really do.

I really miss her.
I painted a beautiful painting of her (oil on canvas) and it's sitting on the shelves in our apartment so I see her every day.
I don't know if I should send the painting to Pop Pop or not.
In the meantime she's sitting here watching me. 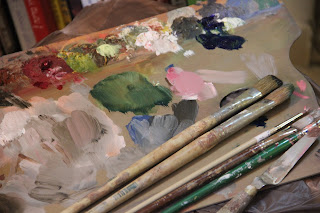 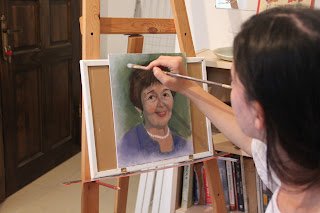 I haven't left the house all day.
I started my painting of Nana Leila 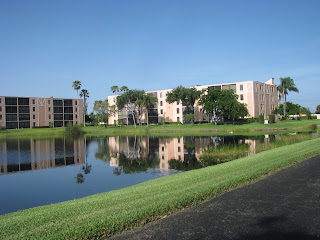