Someone should write, if no one already did, an article about the Lederle Girls Three Sisters in Israel.
They are three South-African sisters, 20, 18 ans 17 if I'm not mistaken (by now they may have grown to the next number), whose family practiced Christianity until recently when they started becoming interested in Judaism. They live in a small pastoral town somewhere not near anywhere (anywhere that I know of, anyway. What do I know from South Africa?), where the Jewish polpulation is maybe zero (?) but nonetheless they somehow started to love Jews and Judaism. Like crazy.
The three sisters left their family for the first time and came to Israel to join a program in which they volunteered in the army for a few months. This was their first time in the holy land, and they absolutely loved the experience. When we met them, a few months ago, at a friend's house for Shabbat lunch, they were raving about Israelis and Jews and how wonderful they (we) and their (our) beliefs are. And of course they each had their most favorite units in the army, one of them being the paratroopers, so when G said he was in that unit, one of them let out a cry like that was the coolest thing in the world. maybe it is... ?
Anyway, they are back home in South Africa now, but still write about their experiences here, espeically the time they spent in Jerusalem. It's really inspiring how people can love a nation so much! I which we really were that great... We could be. We do have special quialities as a whole, if you can generalize, but that's not enough to make us amazing.
We could all be great. Everyone in the world.


WE COULD ALL BE GREAT PEOPLE

How can I cultivate Peace?

What can I do?

I want to do something...

I need to be actively seeking Peace
Posted by *Miriam* at 11:19 AM No comments:

I find it chauvenist that my last name is Buckman and my mother's last name was disregarded (even though I am connected much more to my mother's side of the family and to my mother herself than my father).

I would like my name to be Miriam Halem-Weinstein-Fallet-Buckman-Goldstein.

There is no way but the way of Love and Peace.
Nancy Griffith - From a Distance

All my veganism posts, here:

Almost eight months so far of veganism.
Animal slaughter, animal suffering, animal life of misery. Gary Yourofsky
I will not be part of it. I try to not eat animal products (milk, meat, fish, eggs).
I hope one day more people in the world will do the same.
I think I've written enough about it for now,
I'm going to take a break from writing about it.
There's really no more to say. It's all been said.

Gary Yourofsky claims that whoever kills an innocent being should be killed.
That is a radical claim, but does that hold in it an incitement for violence? He himself claims to not be a violent person and I'm sure would never kill a slaughter-house owner or a meat-eater, but does that statement of his motivate others to possibly do that?
I don't know. I hope not.
He is a justice seeker, and not a peace-seeker.
I don't know if that draws away from my appreciation for him.
I'm ambivalent about him as a public figure.
Posted by *Miriam* at 4:01 PM No comments:

Gary is an animal-rights activist. One of today's biggest justice-fighters, and people hate him because of his radical opinions and lectures. One man has influenced so many people to stop eating animals products, what is bad about that? That is only good. He is not advocating or causing violence, but rather appreciation and care for other animals. I think Gary Yourofsky is a very important figure right now for helping save animals from the horrible life of slavery they were born into.

Gary was in Israel this week.
"My name is Gary Yourofsky, I'm an animal liberation activist from America." 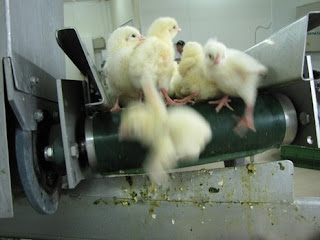 Four days without Gilad. First time since the army

Now that we've come back from a week in Bulgaria, our home is so relieving, so relaxing.
The Russian-style fabrics and colors of the apt-hotel we stayed in, and the fact that the whole country was unfamiliar to me and I was a stranger there, made me feel scared, despite the fun.
And coming home- wow, it's so easy to fall asleep now. I hope it lasts and is not just a week in turn for the week I spent there.

This is us on our 2nd wedding anniversary in Sunny Beach, Bulgaria. 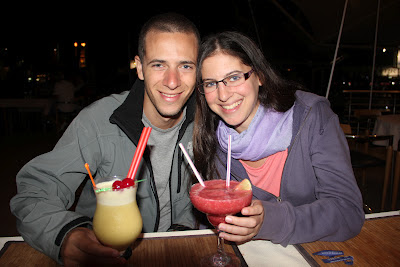