There lived a prince, a most handsome and desired prince. He had curly locks of golden hair and the most dazzling smile. The young fair lad possessed, more than his good looks, an inspiring simplicity and humbleness, which drew to him the eyes of all the young maidens in the kingdom. Throughtout the entire countryside, in fact, young ladies daydreamed of the prince, of the touch of his hands, of the sound of his pure voice.
The goddess of the land decided that there was one young damsel who should win the hand of the handsome prince. She was a simple girl, not a princess, just a peasant who spent her days tending her gardens and singing to the birds. She had long dark hair which swept behind her as she walked through the meadows. She spent hours staring out at the sky and loving everything, and the goddess knew, this is the girl. She will win the prince's heart, she will be the bearer of the prince's beautiful offspring. To her he is designated.
There was only one problem. The prince was not interested in any one damsel. He wanted to stay free, to plow the world in his own ways, alone. To love all, and not one single person.
He refused to let the goddess explain. She tried to convince him- the peasant maiden is a special one, she will be the devoted mother of his children. She will be the loving woman at his side. The prince would not hear of it. He decided to turn his back on the goddess and the young lady, and go about his own quiet ways.
The simple damsel, knowing her designation, spent her days trying to go after the prince. She was told by the goddess she was the lucky one to win the right to spend her days with the wonderful prince, and she was overwhelmed with joy. She, the simple countryside girl, out of all of the maidens in the country, was going to be part of the prince's family. But as she tried to get closer to the prince, he kept fleeing. She spent her days trying to win his heart, knowing that she has the privilege of being the only one who will ever bear the prince's children, give birth to the sweet and pretty prince children, and if not her- nobody will. And if not him- nobody else will be her man.
She knew it, she was told by the goddess, but her mission was full of sadness, as the prince had no interest. He did not fall for her beauty, her uniqueness or her charisma in her chase after him. He thought it to be a silly and useless chase, but she would not give up.
She loved the prince with all her heart and so strongly desired to be by his side, to create with him many more little princes and princesses just like him, to raise them together in love and peace.
He would not hear of it.
Her heart was drawn to him. His voice was like soft birds on her heart. And how she loved birds!
He turned his shoulder. His handsome body was too far from her, she tried to near, he never gave in to her love.

The Memory of Memories

The memoriest of them all-
This morning the air outside smelled and felt like Florida
Posted by *Miriam* at 1:28 AM No comments:

I think I have a syndrome of being over-eager or over-anxious. Maybe it's just a symptom of Youth? Having ideas pop into my head and explode into inspirational confetti? Even small ideas, small thoughts, that want to be heard, Here, NOW. My heart flutters like a butterfly, so rapidly sometimes. It's this eargerness that gets us young people to make changes in the world.

I have an eagerness to publish a book of photographs and poems.
Just remember that, world, okay?
One day!

Today I saw our inspiration of Freedom living in cages. Birds in a pet shop in Tel Aviv's central bus station, the most intimidating place for birds (or humans) to be. 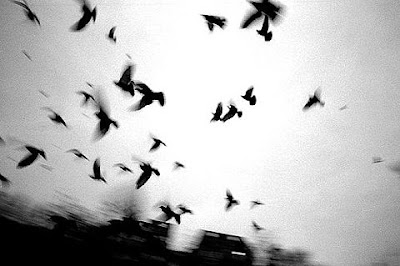