*Thoughts of the perplexed, helpless human*

Every minute, millions of trees and animals are being consumed by fire in the Amazon Rainforest. Those forests are a major source of oxygen and biodiversity for our planet, the lungs of the planet, and they are dying at a record rate.

Who in this world of 7.5 billion people has the power to change things?

It is so hard to imagine that corporations can really be causing such devastation in the world.

How does this process work? How do billionaires slowly cause destruction, and how does the process of destruction happen?

How does a decision (like the decision to cut part of a forest to grow livestock) actually cause a chain reaction and end in the world almost becoming uninhabitable?

Where does this start and end?

How can a simple little human with a relatively small carbon footprint influence people in power to be more conscious of the environment - and how does/can that consciousness even be realized?

What does a world of 7.5 billion caring people look like?

I feel like I want to just ignore the fact that millions of trees and animals are dying by the minute, and go on to my own business, but how can I?
I feel the flames coiling through the Earth.
I can't rest until I know that sufficient efforts are being done to stop this.

That Bolsonaro man in Brazil, he is just like Trump, they don't care at all.

How come we little humans have the capacity to care, but the inability to do anything? 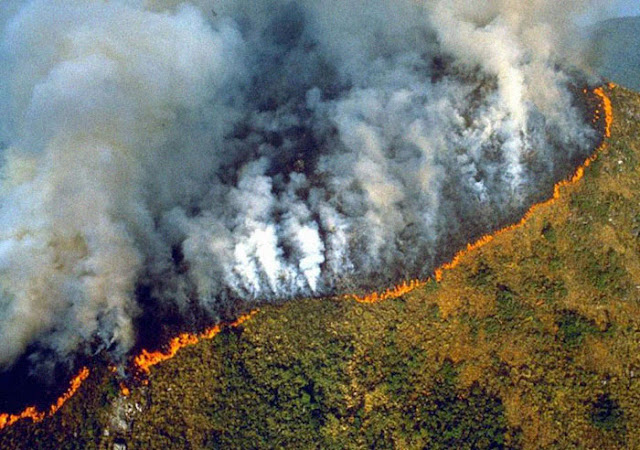